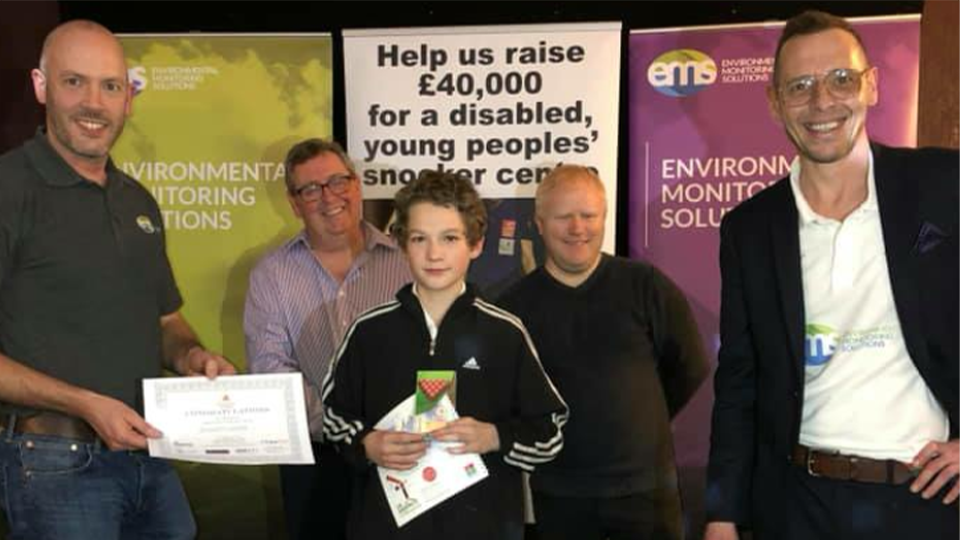 EMS is proud to support the Stephen Harrison Academy, a Sheffield charity which provides support to children with learning difficulties through snooker. Steve, an ex-professional snooker player, is the driving force behind the charity. Steve has been awarded an MBE in the New Year’s honours list for his services to sport and people with disabilities. We would like to offer huge congratulations to Steve on this fantastic, well-deserved achievement.

The snooker academy was founded in memory of Steve’s father Ray, a world paraplegic snooker gold medallist. The academy opened its doors in 2007 and since then he has received recognition from the NHS through helping both children and adults with mental health needs. Stephens commitment to the wider community has also be praised by the police, the Youth Offending Service and the council.

As a former snooker player, Steve not only teaches members how to play the sport but also assists with social interaction by improving social, numeracy and literacy skills. Stephen’s approach has proven to boost both confidence and independence and has made a real impact on the lives of existing members and their families.

Steve hosts the National Junior Disability Snooker Championships which coincide with the biggest Snooker competition of the year. He has developed a special needs inclusion play scheme along with a programme of work experience opportunities – all contributing to improving self-confidence of young people.

We are delighted for Steve. His hard work, dedication and positive, selfless attitude has improved the lives of many people within the Sheffield community. This prestigious recognition is well deserved. Congratulations Steve.

“I can’t express enough my appreciation for the support that EMS has provided to the academy. EMS have not only helped by supplying snooker cues and polo tops for the children to wear but have gone beyond this with their support. Business Development Director Kieran has given up his time to assist with different sessions and has really got involved in the work which we do.”

“The dedication and enthusiasm that Steve provides makes such a huge difference to the lives of young people and those around them. This accolade could not be more deserved and it is a real honour to support Steve and the Stephen Harrison Academy. Huge congratulations.”