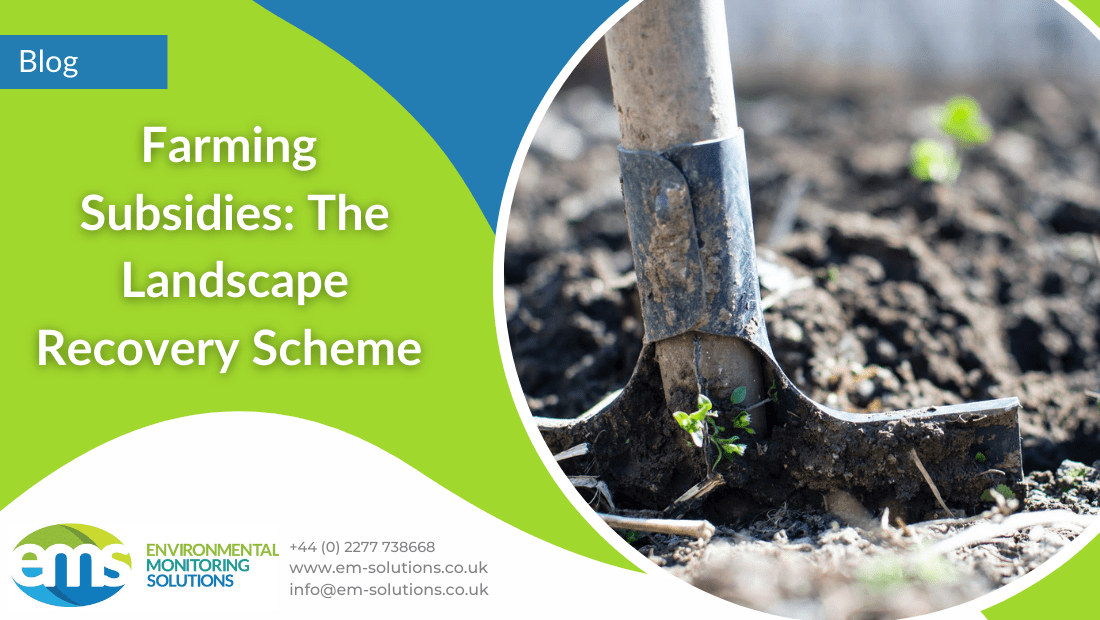 The Department for Environment, Food & Rural Affairs (DEFRA) has announced three different land management schemes, including The Local Nature Recovery Scheme and The Land Recovery Scheme. These are part of the more general Environmental Land Management Scheme (ELMS) announced by the government – the ‘main tool’ that will be used for delivering improvements to water quality and biodiversity going forward now that the UK has left the European Union. (gov.uk)

Subsidies will also be offered through The Landscape Recovery scheme that supports long-term changes to land use, such as large-scale tree planting and peatland restoration projects. A national pilot will shortly commence this year, 2022, before the program is fully rolled out from 2024 and increases in scope. To ensure the ELMS delivers its goals, it is estimated that 70% of farmers will need to participate.

Who is eligible for the Landscape recovery Scheme?

The first round of applications is open.

At least 10 pilot projects will be launched by DEFRA between 2022 and 2024, to deliver over 20,000 hectares of wildlife-rich habitat, aiming to invite bids for the first wave of pilot projects in the autumn.

Applications can be made by any landowner or land manager, including individuals, organisations and collaborative groups that are able to deliver large scale projects (500-5000 hectares)

Projects that have received or are receiving funding from other government schemes will be able to apply but an applicant cannot receive two different subsidies for the same activity.

The first wave of pilot projects is to focus on 2 themes:

The projects should also deliver other benefits, such as carbon savings to helping to achieve net zero, and not be to the detriment of these goals.

All land types will be eligible, including land inside or outside protected areas. This also includes common land. The land could be under any management control or current use – including farming, foresting, managed as individual holdings, estates or by public bodies. Public bodies will need to apply in collaboration with other land managers, for example, with neighbouring landowners or tenants. The land may already be part of existing agri-environment schemes, as well as those not involved in any scheme, but are still encouraged. And finally, applications are also welcomed to be submitted by a facilitator working on behalf of a group of land managers.

What steps could your business take to help mitigate our biodiversity crisis?