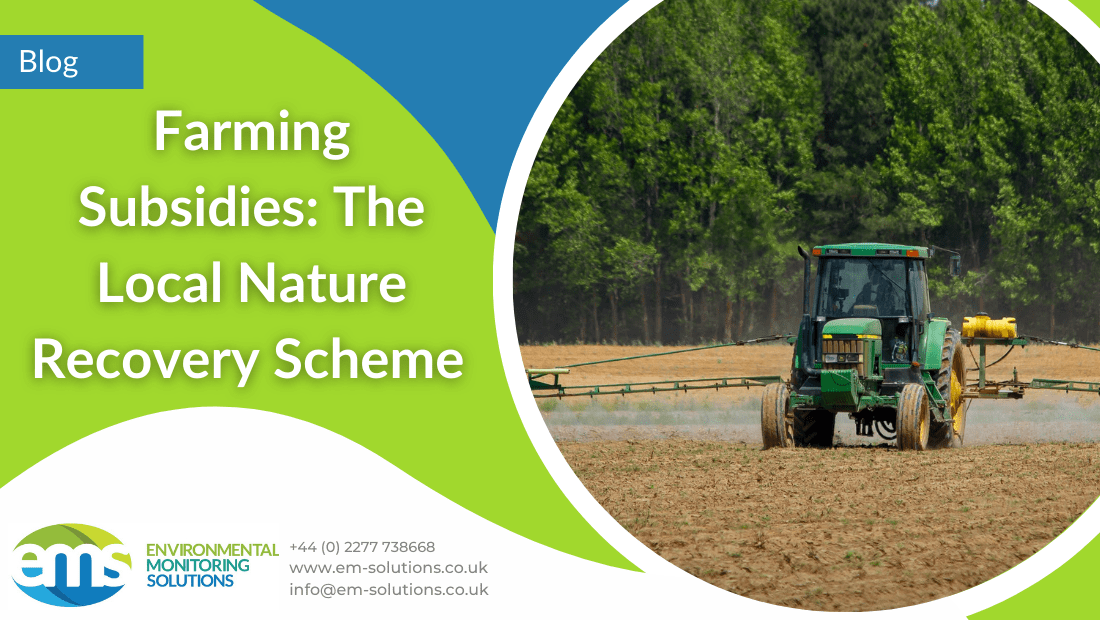 The Department for Environment, Food & Rural Affairs (DEFRA) has announced three different land management schemes, including The Local Nature Recovery Scheme and The Land Recovery Scheme. These are part of the more general Environmental Land Management Scheme (ELMS) announced by the government – the ‘main tool’ that will be used for delivering improvements to water quality and biodiversity going forward now that the UK has left the European Union.

Goals for the ELMS include halting the decline in species that we are experiencing by 2030, bringing up to 60% of England’s agricultural soil under sustainable management by 2030, and restoring up to 300,000 hectares of wildlife habitat by 2042. This makes it a key part of the government’s 25 Year Environment Plan.

The Local Nature Recovery Scheme will be an incentive scheme that forms part of the UK’s post-Brexit Agriculture Bill. (gov.uk)

Here is what else we know so far.

What is the Local Nature Recovery scheme?

Farmers in the UK are to be offered subsidies to create nature reservations on their land. This is to replace the EU’s scheme of subsidies now that the UK has left the European Union. More details on the list of options for farmers will be published later in the year by DEFRA but the scheme rules will be built upon the payment principles published in 2021.  It will be open to farmers, foresters and other land managers who can deliver the approved land management activities.

What are approved activities that will be subsidised?

Approved activities will include tree planting and other habitat creation – like hedgerow planting or meadow creation, along with peat-land and wetland restoration. Peat-land restoration is of vital importance to net zero targets as peat-land is a substantial carbon-sink. Wetland restoration is also vital not just as a carbon sink but as protection from flooding. Read more about methods of flood prevention or mitigation.

The government aims to transform large swathes of land – 10-15 pilot projects will cover a minimum of 500 hectares and up to a maximum of 5,000 hectares. This will amount to a total of approximately 10,000 hectares in the first two-year phase.

What is the importance of the Local Nature Recovery Scheme?

The importance of restoring floodplains must be a priority as the annual cost of flooding in the UK could increase “almost 15-fold by the 2080s under high emission scenarios” according to carbonbrief.org. We are in the midst of a biodiversity crisis- there have even been calls for a Paris- Style agreement for nature (The Guardian), but there have been delays in the announcement of key biodiversity and wildlife figures.

The scheme will help populations of rare flora and fauna develop, aiming to improve the status of about half of the most threatened species in England.

When will the Local Nature Recovery Scheme be piloted?

DEFRA has confirmed that the Local Nature Recovery scheme will be piloted in 2023 and rolled out nationally in 2024.

Over the next year DEFRA will finalise and publish the scheme rules, listing the ways people can take part and how much they will be paid, and arrangements to support local collaboration as soon as possible. This is to allow people to plan their participation in the scheme. The scheme will be tested in 2023 before being rolled out, to then hopefully be implemented across the whole country by the end of 2024. (gov.uk)

A timeline of all schemes is available.